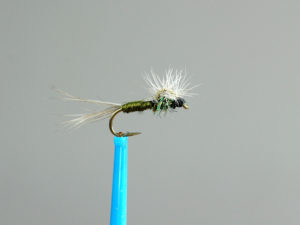 The paraloop method of hackling flies utilizes a hackle brush that is pulled over the thorax of the fly. This technique is described in Ian Moutter’s excellent book Tying Flies the Paraloop Way. The book describes the method in detail and gives numerous examples of flies tied using this method. It does require one piece of extra equipment. There are several advantages to using this technique.

It is easier than tying parachute flies.  Like parachute flies, the finished fly sits low in the surface film. There are no materials obstructing the hook point which might impede the hooking of a fish.

Tying paraloop flies does require a gallows tool.  These can be purchased for almost any vice or you can make your own. I made mine using a 1/4 inch brass rod.  A hole was drilled in the vice base and a nylon bushing with a 1/4 inch hole was glued in place.  The top of the rod was bent at a 90-degree angle.  The only requirement is that the tool must be over the hook shank. 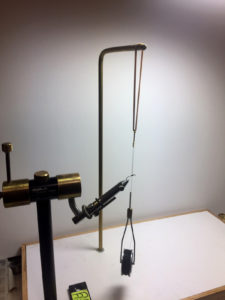 I use a rubber band and bent paper clip the attach the loop to the gallows.  The loop must be taut but not so tight that you bend the hook shank. If people have trouble tying using this method, it is usually because the loop post is not tight.

You may also need another tool, the breakneck.  The breakneck pulls the post out of the way after the hackle is added.  This makes it easier to tie off the hackle and add the thorax.

Usually, I remove the rubber band from the gallows tool and move it to the handle of my vice.

First, the post is added.  You can use several materials for the post.  Kevlar thread works well as does GSP.  My favorite is kevlar because of its strength.  Attach the loop to the shank of the hook using the soft loop method.  The loop end should point past the eye.  Cut off the tag ends. 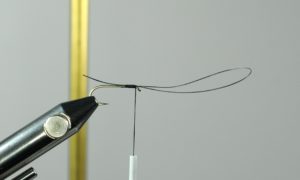 Next, fold the loop back over the hook and wrap to the post point.  For most flies, the post point is just in front of the mid-shank point. Bend the post forward and tie in a tail and abdomen.  I am using floating yarn for the abdomen.  Place the post in the gallows tool and attach the hackle. 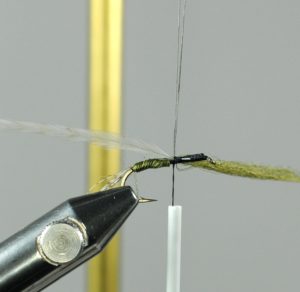 Wrap the hackle up the post in open turns and then down the post.  Wrap up the post so that when pulled over, it just covers the thorax. If you make the hackle brush too long, you can always compact the brush using a dubbing needle.  However, if it is too short, you can not lengthen it. 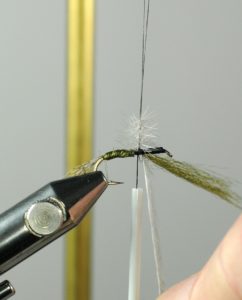 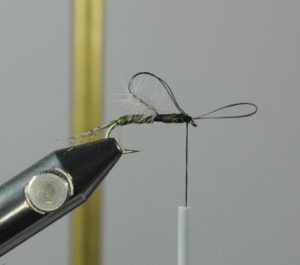 Tying Off The Loop

Pull the loop forward and form a neat head and whip finish. Here is the finished fly. 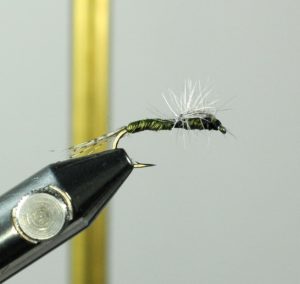