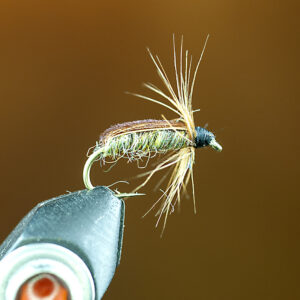 The fifth fly in the beginners fly section is the Caddisfly Pupa.  This fly is relatively simple to tie, and it works catching fish.  This pattern teaches the winding of hackle.

Hackle: Hen Feather with soft hackle fibers about 1 1/2 the width of the gap of the hook

Place the hook in the vice and attach the tying thread.  Start the thread about two eyes widths behind the eye of the hook and wrap to a point opposite the barb of the hook. 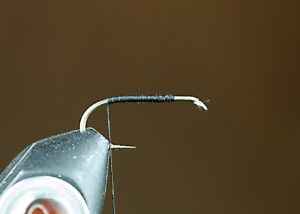 Attach 10-12  pheasant tail feathers using the soft loop method.  Wrap the thread back to the eye of the hook. 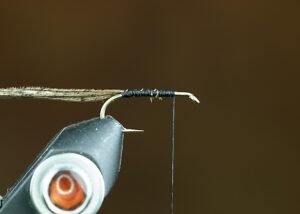 Attach a 4-inch piece of yarn and wind the thread back to the barb of the hook covering the yarn, then forward back to the eye.  Trim off any excess yarn if there is any. 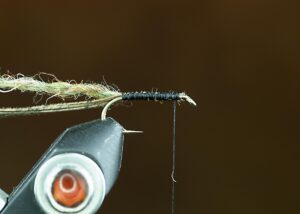 Twist the yarn into a tight rope and wind to the eye of the hook, and tie it off.  Do not crowd the eye. 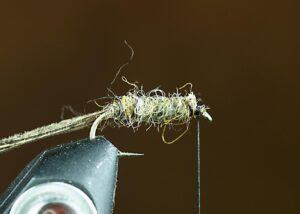 Pull the pheasant tail fibers over the back of the fly, forming a wing case, and tie off.  Trim off any extra. 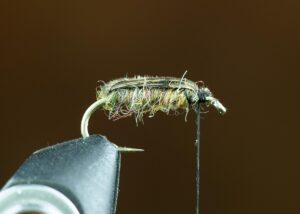 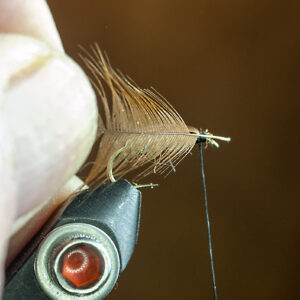 Use a section of the feather with the appropriate length of fibers. Strip the rest off the feather stem.  Tie the feather in by the base with the concave side or shiny side toward the eye of the hook. 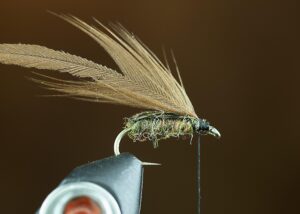 Grasp the tip of the feather with a pair of hackle pliers, make two wraps around the hook shank, and tie off.  Finish the head with a half hitch or whip finish. 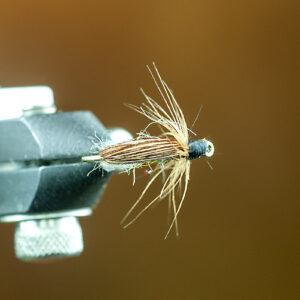 Sometimes the hackle pliers will cut the hackle stem.  Use pliers with rubber tips.  You can also polish the tips of some metal pliers with fine sandpaper.   Always use a light touch.  Hackle stems are thickest at the base of the hackle and then taper to a much thinner stem.  This is true of most hackles. It is especially noticeable on partridge hackles.  Some hackles will not spin properly regardless of your best efforts.  These hackle stems may be oval in cross-section.  When this happens, choose another hackle, preferably from a different skin. Hackling is a part of many fly patterns.  Practice, and it will become easy.  Start with large-size flies and then progress to smaller flies.