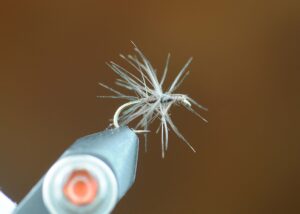 Stewart’s Black Spider first described it in his 1857 book The Practical Angler; or, The art of trout fishing, more particularly applied to clear water. It is as effective today as it was in 1857.

Although first described by Stewart, it was developed by James Baillie, a professional angler arguable the best fly fisher of his day. Baillie used this fly to supply fish to the various rooming houses to support his family. Stewart used it for sport.  In fact, the Spider and two similar flies that varied only in color were the only flies that he used.

The fly is small and does not represent anything specifically but can be mistaken for many food items such as midges, caddis, or mayfly larva.  To the trout, it looks like food. Tying is easy.  If you don’t count the hook and tying thread, it uses only one material, a starling body feather. 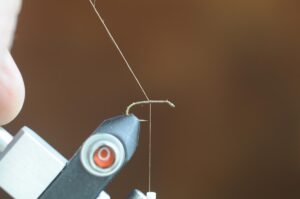 Step 2:  Select a starling body feather.  Strip the fluff from the base.  With your thumb and first finger pull about a 3/8 inch section of fibers from the feather perpendicular to the stem. Tie in by the tip. 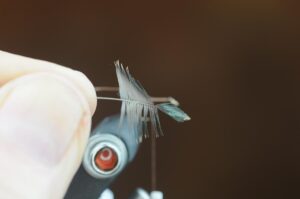 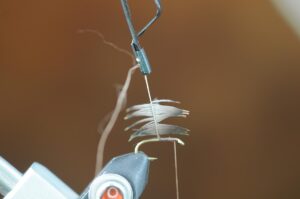 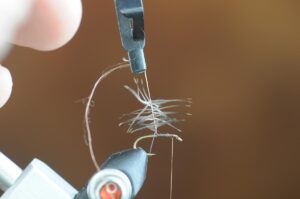 Step 4:  Twict the hackle pliers to form a hackle brush.  Wrap the formed brush in 3-4 open turns around the hook and tie off. 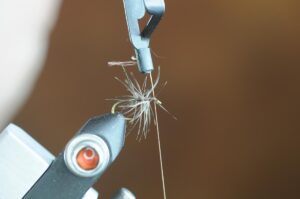 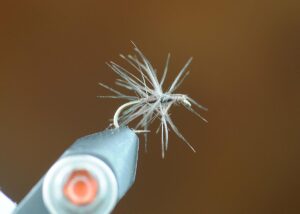 As you can see in the picture, fibers are all akimbo representing legs, antenna, tails, and wings.  Call it a stillborn or cripple, but the trout call it food.

You can watch me ie this fly here.