The Fly Fishing Show is a series of shows presented by Ben Furimsky. The program has six different shows around the country; Edison, NJ, Atlanta, GA, Denver, CO, Pleasanton, CA, Lancaster, PA, and Marlboro, MA. The International Fly Tying Symposium is also one of his shows. This past weekend I had my first experience with the Atlanta Fly Fishing Show.

The show held at the Gas South Convention center was within walking distance of our hotel. The show was well attended. It featured Fly Fishing, Fly Tying, and anything related to Fly Fishing. As you walked in the main entrance, the first thing you noticed was drift boats. One was complete and one partially finished. This booth belonged to Reliance Wood Craft. Having built a drift boat in the past, I was very impressed by their work. 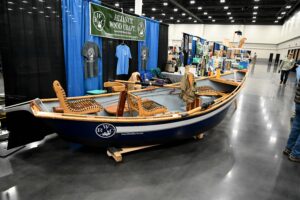 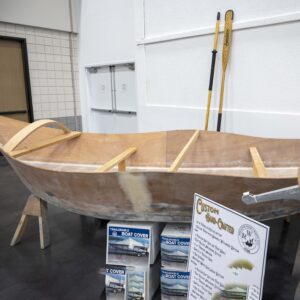 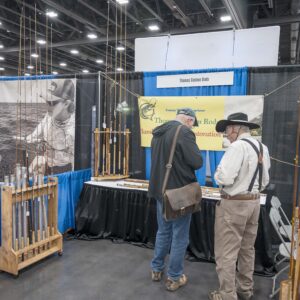 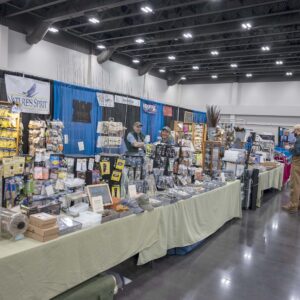 Danforth Art had a booth. It included large original and reproductions of fish. 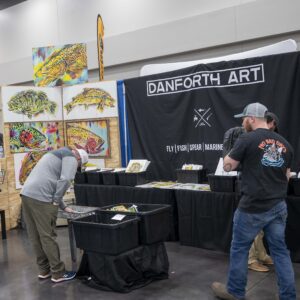 Fly tiers were lined up against one wall, each demonstrating their skills. 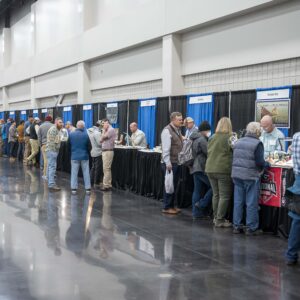 It never fails that I learn something when I attend these shows. For example, here is a tier using a Nor Vice. He uses a hair clasp as a material holder while tying a Game Changer. 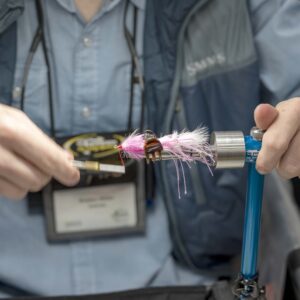 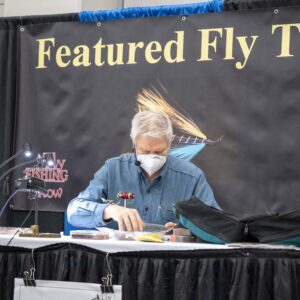 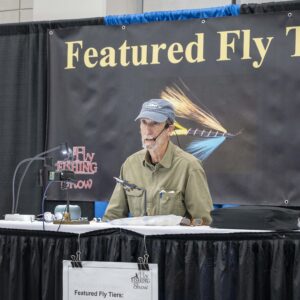 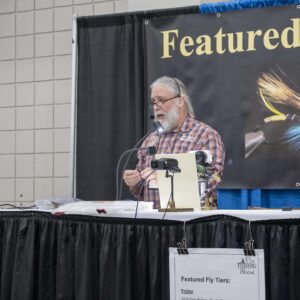 I had a very enjoyable time and learned a lot about fly tying and fly fishing. If you have a chance to attend one of these shows, I would highly recommend you go.

The South Eastern Council was there representing the FFI. Unfortunately, one of their casting instructions did not show up. Being the nice guy he is, Michael Ames volunteered to take his place. He taught fly casting the entire show. Here he is talking about casting with Paul. 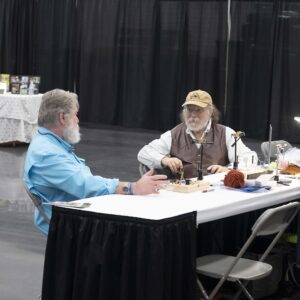 Michael and Paul are talking about casting.